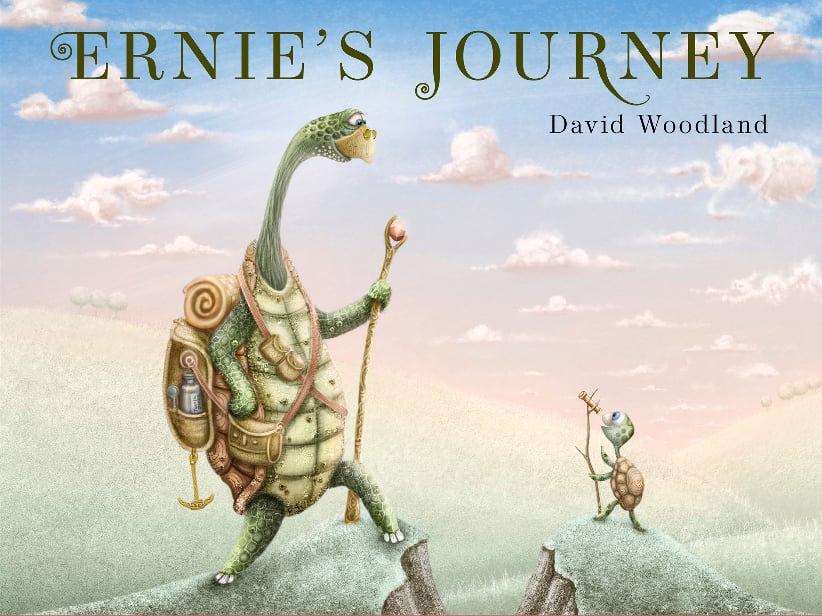 Uncle Ernie is a daring adventurer and an enchanting storyteller. He travels to far-off places, where he encounters wondrous and sometimes very rare creatures.

Are these places real? Are the creatures he meets real? It's up to you and his nephew Eli to decide.


"David Woodland’s debut picture book is unmistakably influenced by his award-winning cinematic background. Its visual detail and narrative novelty are rich, and the absurd adventures of its eponymous character (a turtle, by the way) are as audacious and playful as any stories its audience of young children might produce."
Books and Publishing
"...a gentle and affirming yet enthralling tale." Magpies Magazine
"This delightful tale of the power of storytelling, of imagination and creativity will be a hit read aloud to younger children. They will delight in the unusual creatures and machines Uncle Ernie meets, the adventures he has, the problems he solves." ReadPlus
0 items $0.00